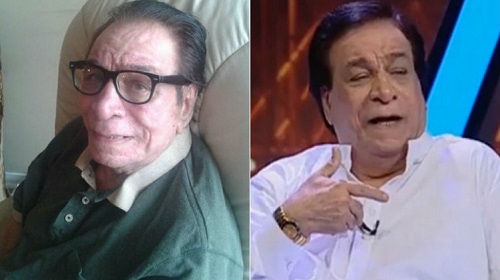 Kader Khan (22 October 1937 – 31 December 2018) was an Afghan-born Indian-Canadian film actor, screenwriter, comedian, and director. As an actor, he appeared in over 300 films after his debut film in the 1973 film Daag, starring Rajesh Khanna, in which he acted as a prosecuting attorney.[4] He was also a prolific screenwriter for Bollywood films in the period 1970s to 1999 and wrote dialogues for 200 films. Khan graduated from Ismail Yusuf College affiliated to Bombay University. Before entering the film industry in the early 1970s, he taught at M. H. Saboo Siddik College of Engineering, Mumbai as a professor of Civil Engineering.

Kader Khan was a veteran Bollywood actor, best known for his roles in comedies of the 90s, and the news of his demise is being grieved by the country. The screenwriter turned actor turned director passed away at the age of 81 at a hospital in Toronto, Canada at 6 pm on Monday.

The actor had been hospitalised for more than four months now, on account of his prolonged illness. After developing breathing issues recently, he was transferred from a regular ventilator to BiPAP ventilator. Reportedly, he was suffering from Progressive Supranuclear Palsy, a disease that causes difficulty in walking and dementia.

On the day that commemorates with his death, here's paying tribute the actor with 10 interesting lesser-known facts about him. We bet you didn't know some of these.

Top Hollywood Movies Trailer to be releasing in 2018